Microsoft recently announced that it will be releasing downloadable games in the middle of the week as part of its Xbox Live Arcade Wednesdays program. The company revealed the first five games on the promo's schedule but didn't venture beyond that, ending with Pac-Man on August 9.

Now it appears that a fortnight after gamers are gobbling up ghosts and feeding on power pellets they'll be gambling on inside straights and reading players' tells. On Xbox.com, the product page for Texas Hold 'Em shows a release date of August 23, a date that has been confirmed for GameSpot by a Microsoft rep.

Gamers won't be able to play for money, but that shouldn't bother too many because the game itself is free, making it the second free game for the Xbox 360 after Hexic HD (available gratis on the optional 20GB hard drive). Card sharks will be able to play standard games, tournaments, and various scenarios, as well as create their own poker variants for up to eight players. 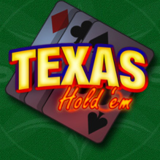