Konami says Winning Eleven series will be next-gen multiplatform after all; EA says FIFA 07 won't be hitting the PS3 or Wii.

Konami has called a foul on Microsoft's recent announcement of next-gen soccer exclusivity. At last week's Leipzig Games Convention, one of the electronics giant's biggest announcements was that Konami's Winning Eleven Pro Evolution Soccer and Electronic Arts' FIFA Soccer series would be "next-gen exclusive" to the Xbox 360 for 12 months, meaning neither game would be hitting the PlayStation 3 or Wii.

That's simply not the case, according to Konami. The Japanese publisher has released the following statement on its English-language Web site:

It has been falsely reported on some websites that Konami will release its Pro Evolution Soccer 6 exclusively for Microsoft's Xbox 360. These reports are not true. Konami is currently proceeding with the production of a multi-platform release of Pro Evolution Soccer 6 so that as many people as possible can enjoy the game.

While the phrasing of that statement could mean Konami simply refutes any reports that the game would be entirely exclusive to the 360 and not appearing on current-gen systems at all, a Konami rep told GameSpot the statement was in reference to Microsoft's press release claiming next-gen exclusivity. That press release was worded ambiguously to say that the franchises would be next-gen exclusive to the Xbox 360 "this year," which could mean the calendar year 2006 or the 12-month exclusivity widely reported. (Before running with the 12-month figure, GameSpot repeatedly confirmed the yearlong period with Microsoft representatives.)

As if this weren't confusing enough, the same Konami representative also told GameSpot that "there is no PS3 version of Winning Eleven Pro Evolution Soccer 2007, but the series' producer has stated that the series will eventually be coming to PS3." This could mean that Konami expects Winning Eleven Pro Evolution Soccer 2008 to come out before the announced 12-month exclusivity window will end, or a differently named PS3 or Wii version might be released in the first half of next year.

For EA's part, it appears the publisher is standing by Microsoft's statement. An EA rep told GameSpot bluntly that "FIFA 07 will not be coming to PS3 and Wii. It is available on all current gen platforms and Xbox 360 only." However, that still doesn't exclude the possibility of a FIFA title appearing on PS3 or Wii under another name next year.

As of press time, Microsoft had not returned requests for comments on the situation. 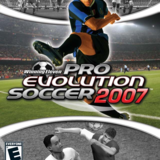