Plus, the developer confirms that The Four Horsewomen will never be available in the game as DLC.

Now that 2K Sports has announced all 120 characters for WWE 2K16, some fans have spoken out to say they would have liked to have seen more Divas included on the roster. 2K Sports has now responded to this criticism, but said it could not include some newer divas due to "various reasons."

"With our final roster reveal this past Monday, it was awesome seeing the excitement for The New Day, Enzo and Cass, Mikey Whipwreck, and more," the developer said. "But it was clear that some in the community are frustrated by the lack of the newer Divas added to the main WWE roster recently.

"We pushed as hard as we could to include Sasha Banks, Charlotte, Becky Lynch, and Bayley in WWE 2k16, but it simply did not work out for various reasons, "it added.

2K Sports also confirmed that WWE's Four Horsewomen will not be available as DLC down the road.

There are 120 playable characters in WWE 2K16, including 13 divas. This is the most Divas ever for a WWE 2K game; meanwhile the game's overall roster is the largest in franchise history.

"We all agree the Divas Revolution is great for business and look forward to celebrating the Divas even more in future WWE 2K titles," 2K Sports said.

The WWE 2K16 release date is set for October 27 on Xbox One, Xbox 360, PlayStation 4, and PlayStation 3. Those who preorder WWE 2K16 will receive two playable versions of Arnold Schwarzenegger as the Terminator from the popular action movies.

For more on WWE 2K16, check out the game's complete roster of wrestlers. 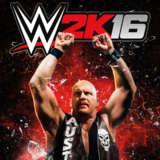