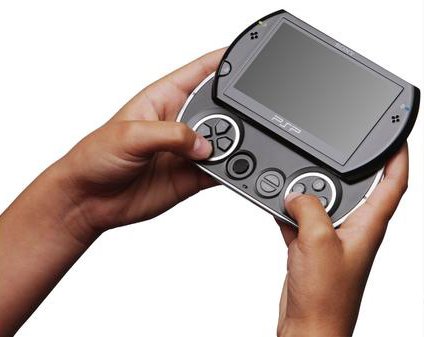 Though Sony's E3 Press Conference isn't until 11:00 a.m. on June 2, one of its centerpieces appears to have been prematurely exposed. A YouTube video of what appears to be the next issue of the PlayStation-focused video magazine Qore has revealed that Sony will use its event to unveil a new PSP model, the PSP Go.

As had been widely rumored, the PSP Go will have a sliding form factor like the Mylo, Sony's ill-fated Internet communicator device. The new handheld--which does not sport a second thumbstick--is shown several times in the video, which features Qore host Veronica Belmont and John Koller, director of hardware marketing at Sony Computer Entertainment America. 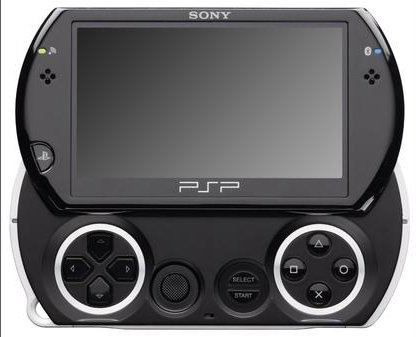 According to Koller, the main differences between the PSP Go and the PSP-3000 are "on-board memory, the flash memory, and 16 gigs of space. There's Bluetooth on board as well, so you can use a Bluetooth headset, and you can tether it to your cell phone as well. But ultimately, it's the portability. Since you can bring all that content with you in a smaller form factor, you've got the most immersive games to play, and now you've got a smaller unit to do it with."

Koller also said the emphasis will be on downloadable games. "Little Big Planet, Jak & Daxter, and even a new Metal Gear Solid coming--all of those games will be available. So will all the first-run movies you can rent or buy on the PlayStation Network. So you can bring so much content over with you and fill up that 16 gig of flash memory." (Emphasis added.) The new MGS PSP game was previously hinted at in a Web post by the Japanese arm of the 7-Eleven convenience store chain. 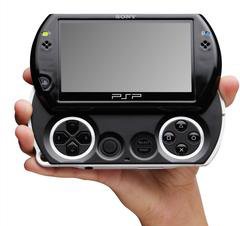 Koller also appears to reveal that the long-lost PSP Gran Turismo Mobile game--first shown off in 2004--will resurface at next week's expo. "There are games like Gran Turismo being announced at E3," said the executive.

Host Belmont then asks, "So since it's called the PSP Go, I would image it will work with Remote Play as well." Koller responds with the following blanket statement: "Integration with the PS3 is very important, and it works just like the PSP-3000. A lot of people like to be able to take their PS3 content with them on the go." 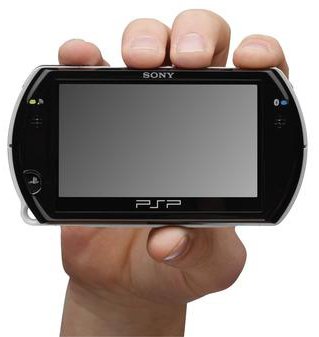 As for the PSP Go supplanting its predecessor, Koller said flatly: "It won't replace the PSP-3000. We're going to keep them both on the market." Koller did not mention a price, release date, or whether or not it would have a touch screen when closed. Sony Computer Entertainment America reps had not responded to requests for comment as of press time.

[UPDATE] A second video from Qore shows the PSP Go in even greater detail and also reveals its logo. The handheld will have a 3.8-inch screen--versus the PSP-3000's 4.3-inch screen--and will be 43 percent lighter than the original, and it will have "all digital content," according to Koller. "The UMD drive goes away...and it has a Memory Stick Micro, so you can add memory to it if you like. ... It will be something the digitally savvy consumer can really enjoy," he explains, before revealing that some new PSP games will be download-only.

The full YouTube video is below, although the sound and images are out of sync. It appears to also show a version of the original Warhawk for the PSP: