15 Games You Should Have On Your Android Phone

If you're a hardcore gamer and you have an Android phone, there are more choices than ever that will satisfy your tastes.

Do you turn your nose up at the idea of mobile gaming? Do you have a fancy Android phone in your pocket? Sure, the iPhone gets all the press for fancy multi-touch gaming, but there are more choices than ever that will satisfy the tastes of even the fussiest Android-owning hardcore gamer. There are ports of indie darlings, retro gems, imaginative physics puzzlers, glorious turn-based strategy games, and surprisingly deep action role-playing games, and better yet, they're all cheap. Here's our specially curated list for the discerning Android gamer. 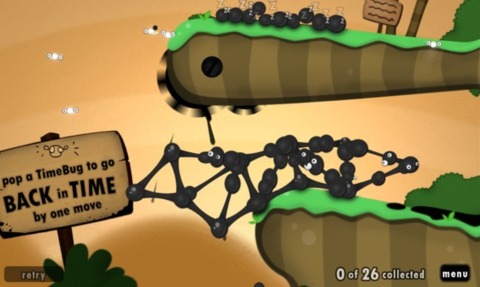 2D Boy's physics puzzler has been superb on every platform it has been released for, and the Android is no exception. The core mechanic of traversing challenging environments by building structures with nothing but blobs of goo works perfectly with the touch-screen interface, and the task-based structure makes it the ideal on-the-go experience. On iOS, this is the best-reviewed iPhone and iPad game of all time according to Metacritic, and this version is just as good. An all-time classic, for sure. 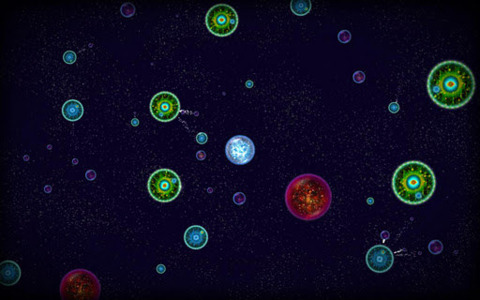 You may have come across Osmos when it was part of the Humble Indie Bundle 2 on PC in 2010, or you may have heard of it when it was Apple's iPad game of the year that same year. If you've never seen it before, you're in for a treat. It's a dreamlike, ambient, physics-based puzzle game with beautiful music and challenging levels. The objective is to propel yourself, as a single-celled organism called a "mote," into smaller organisms to absorb them. You propel yourself by expelling mass, so to move, you get smaller. If you run into larger organisms, you die. Simple, but incredibly compelling. 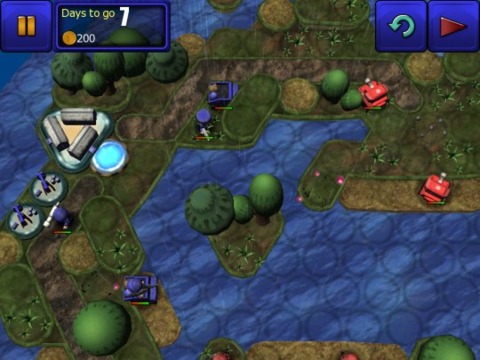 If you're a fan of the Advance Wars-style, turn-based approach to strategy games, Great Little War Game is a real treat. It's packed with features, is distinctively designed, and keeps things lighthearted with a snarky and silly sense of humor that pokes fun at the genre and the storylines that typically underpin this kind of experience. Don't be fooled by the cute-looking cartoon-style graphics; this is a tough little game that uses a variety of unit types to create battles on land, at sea, and in the air.


Physics puzzlers tend to work better on touch devices than on any other gaming platforms, and Disney's Where's My Water? is an elegant example of the genre. What's it about? You have to dig through the dirt with your finger to direct water from broken pipes so that it fills the bathtub of a cute alligator called Swampy. Why? Because Swampy is obsessed with cleanliness. Duh. The game features 80 increasingly challenging levels that belie the cute, cartoonlike appearance of the game. 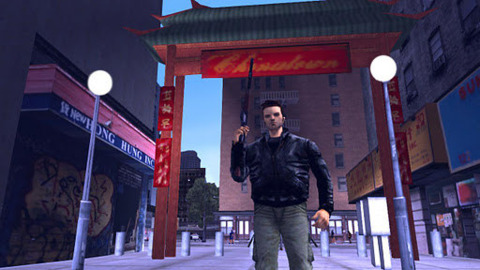 Who would have thought 10 years ago that we'd eventually be playing this sprawling, epic, genre-busting classic on our phones? This is a full-on port of the original game with every inch of Liberty City rendered and every line of dialogue included. It's no watered-down impersonation--it's the real deal. Adjusting to the touch-screen controls (the game uses a virtual pad and buttons) takes some getting used to, but the touch controls are surprisingly well executed and remarkably responsive. Like any game that pushes the 3D graphics capabilities of your phone, this one will burn through your battery fast. Keep your charger with you. 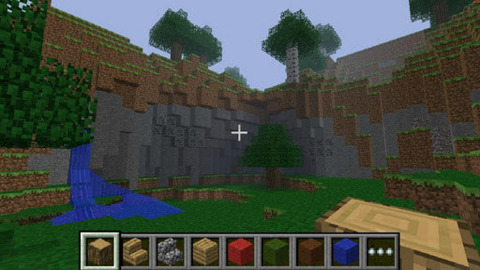 Holy crap, it's Minecraft…on your phone. OK, it's not quite the whole thing--right now it's just a scaled-down version of Classic mode from the PC game--but there are more add-ons coming from Mojang, including Survival mode, which is set to hit on February 8. These updates will gradually bring the mobile version closer to the full experience with additional build items and environment effects. If you're hooked on the PC game, this is a great way to get your fix while on the road. It's just a shame that Pocket Edition's save files aren't compatible with those from the PC version. 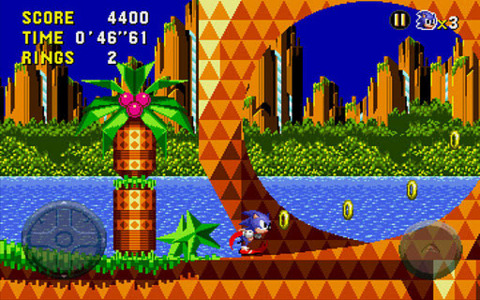 This will make you feel old: Sonic the Hedgehog CD was originally released for the Sega CD in 1993. Yep, go on. Add it up. Yep, that's 19 years ago. It's certainly an unusual choice for a port, given that it's not as much of a "mainstream" Sonic game, but connoisseurs of the series will remember its imaginative storyline, time-traveling mechanics, and previously unseen high-speed Sonic moves, the Spin Dash and the Super Peel Out. All are present and correct in the Android version, so it's a big ol' nostalgia trip for a penny shy of $5. Ignore the one-star reviews in the Android Market; they're not because the game is bad. People are complaining about the lengthy download times. The file you grab from the Market is just a launcher, which then grabs the game code, and it can take a while, so be forewarned…and be near a Wi-Fi spot. 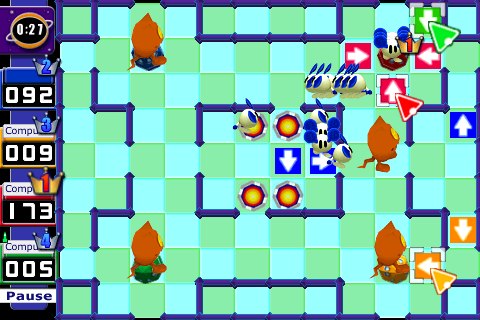 When touch-screen devices were just starting to emerge as viable game platforms, chin-stroking game pundits like us would sit around pondering what games would work well. "Sega should remake Sonic Team's ChuChu Rocket," we would say. "Yes, it might be a bit of an obscure Dreamcast title, but it was fantastic and is perfect for a touch-screen device," we would continue, never really expecting Sega to actually do it. How clever we all were, though. Because here it is: Sega's cat-and-mouse-themed high-speed puzzle game in all its glory for just $0.99. 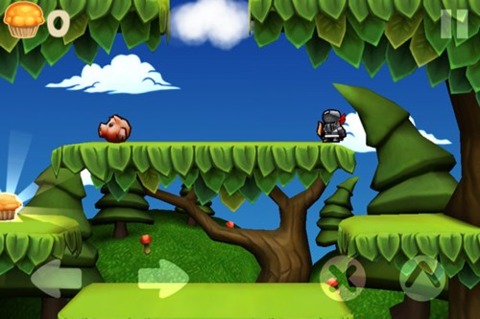 Wait, Muffin what? Don't glaze over, dismiss this one, and just scroll down to the next game on the list. Hold your horses a second, because this is a good one. Have you heard of Super Crate Box? The maddeningly addictive, old-school arcade platformer that was an Independent Games Festival finalist in 2010? You have? OK, this is just like that, only instead of collecting crates, you collect muffins, and every time you collect a baked treat, you turn into a different fairy-tale creature. Also, the game features unicorns that poop rainbow explosives. Hard. Core. 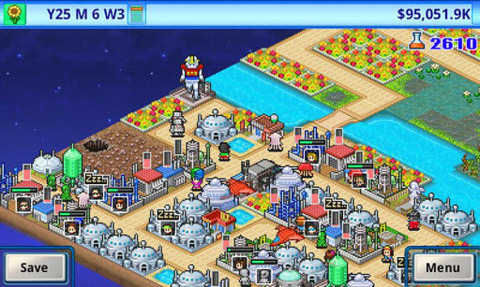 This is another one that we all argued about pretty hard. Why? The challenge is we love all of Kairosoft's quirky, retro-themed resource-management games. Game Dev Story got us all hooked last year, and we've similarly fallen for Grand Prix Story, Mega Mall Story, and the soccer-themed Pocket League Story. So what's so special about this one? Space colonization, baby. Epic Astro Story has you managing a space colony and trying to attract space tourists, all while fighting off space monsters. That's got to be cooler than running a shopping center, right? 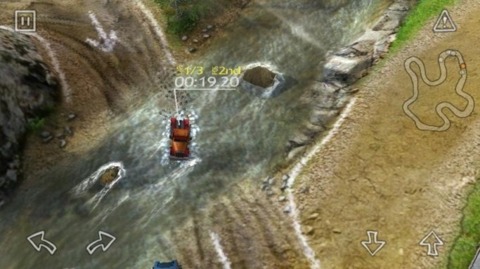 Polarbit's dirt-road racing game evokes top-down racers of old, only it has gorgeous graphics and a meaty physics engine, which means that the solid-feeling cars slide around the tracks in a believable fashion. One thing to note: if you have a newer Android phone, look for the HD version in the Android Market (it's linked off the main game page and is the same price), because it looks a lot better. Also note that on many phones, especially handsets like the Samsung Galaxy, the game tears through your battery at a frightening pace. Keep a charger handy. 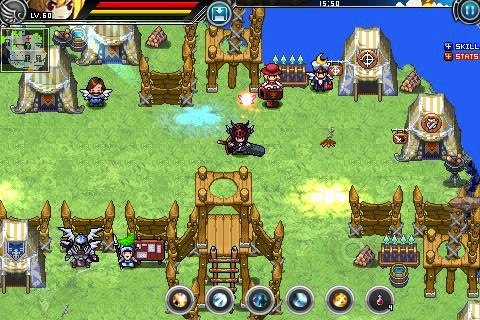 The Zenonia series is a Korean RPG series that draws inspiration from the likes of The Legend of Zelda and Secret of Mana. While the franchise on the whole is by no means as good as either of those classics, all three games in the series check all the appropriate early-'90s action RPG boxes and provide all the level grinding and fetch quests you could possibly wish for. While Zenonia 3 is the most refined game in the series, some of you may take issue with the in-app purchase (IAP) model that publisher Gamevil has adopted for this chapter. While the initial download is free, there are some fairly essential items that must be bought with real cash in order for you to complete the game. It's not necessarily a lot of cash, but if you're the kind of gamer who feels that these IAP-driven games are trying to shake you down, you may object to this. 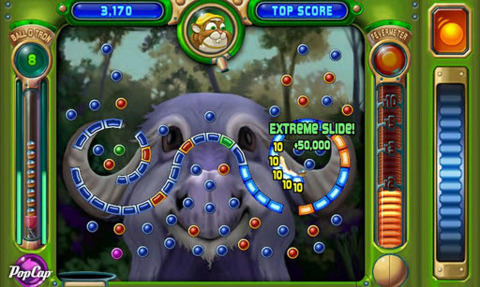 We all love PopCap's games, and we argued here at GameSpot for ages over which game to include on this list: Peggle or Plants vs. Zombies? Both are awesome, but what if we could pick only one? After we couldn't decide ourselves, we turned to Twitter and asked the same question there. After several days of vehement arguments, Peggle eventually won thanks to its simplicity, suitability for the mobile platform, and charm. So there you have it. The Internet has spoken. Peggle it is. 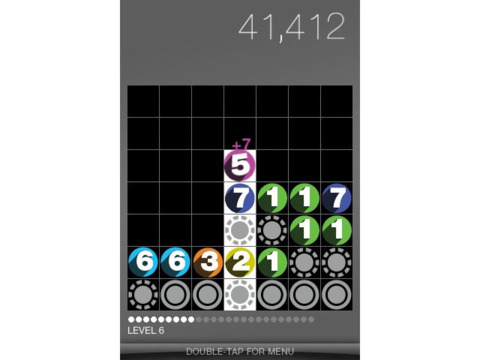 Drop7 is hardly a new game, but it was ported to Android phones fairly recently, so its inclusion on this list is absolutely warranted. The original was released in 2009 for iOS, and later its developer, Area/Code, was picked up as one of Zynga's early mobile acquisitions. While it's simple to play, trying to explain Drop7 is remarkably difficult. The game is played on a 7-by-7 square grid, and in each round you place a circle that falls from the top of the grid. Each circle either has a number between one and seven on it or is blank. Whenever the number of any circle matches the number of adjacent circles, it disappears and impacts any blank circles around it. If hit twice, blank circles turn into numbered circles. The objective is to eliminate circles and create combos for as long as possible until the entire grid is full. Got that? No? Believe us, it's awesome, and when you're actually playing, it makes a whole lot more sense. 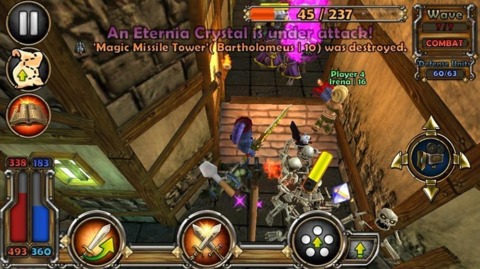 Dungeon Defenders is like the ultimate mash-up of hip mobile gaming trends all squished together in one gorgeous-looking package. It's an action RPG and tower defense hybrid that uses the Unreal engine for its graphics, supports four-player co-op, and is…free? Oh yes. It's entirely possible that you may have come across the game before in one of its many other guises; it was released on Steam, as well as on PSN and Xbox Live Arcade last year. If you like loot, leveling like crazy, and the World of Warcraft aesthetic, you'll definitely get a kick out of this game. As with all the other graphics-intensive titles listed here, note that this one absolutely destroys batteries. It cooks them for breakfast. Literally cooks them on some phones. If you've ever wondered just how hot your phone can run, try playing this for an hour. Ouch.