All three games arrive in September.

Capcom today shared new details about the upcoming remastered versions of the early Dead Rising games, including how much they'll cost.

Dead Rising, Dead Rising 2, and Dead Rising 2: Off the Record will be available for $20 each or in a "Triple Pack" bundle for the very slightly discounted price of $59.49. If you're willing to preorder the Triple Pack, you'll then receive a discount that's actually noteworthy, as it'll cost $50.

The three games come with all DLC costumes released for them and improved graphics. Capcom says they run at 1080p and 60 frames per second.

These re-releases come ahead of the next entry in the series' launch. Dead Rising 4 arrives for Xbox One and PC on December 6. 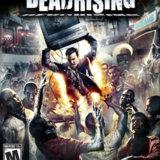