The Nintendo Wii already has the title of fastest-launch seller of any console released in Australia, and today it added another feather to its cap. Figures from industry tracker GfK Australia show that 100,000 Wiis have now been sold down under since the console's launch on December 7, 2006--the quickest a home console has reached the 100k mark in Australia.

The previous quickest-to-100,000-sales was the Xbox 360. The 360, which was launched in Australia on March 23, 2006, took approximately seven months to reach that milestone. The Wii took six months and two weeks.

With all three next-generation consoles out for months in Australia, the three majors have been busily beating their chests about how successful their individual products have been. Microsoft was the last one to boast, releasing figures earlier this month showing it had sold one million pieces of software in Australia.

And in other Wii news, Nintendo Australia has finally given an approximate date for the local release for Super Paper Mario. The anticipated game is scheduled for release in September this year, although Nintendo has not confirmed a specific date in the month. 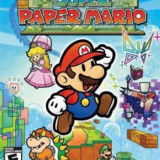