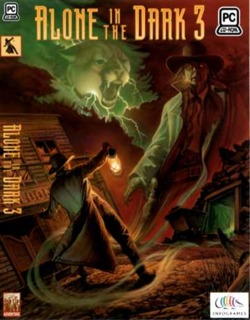 Alone in the Dark 3

The 3rd installment of Alone in the Dark series continues with a slightly better game play, but not much.

Considering that this is few years after the first installment and even if the French firm that made this game got countless awards for their engine and game at that time, they haven't put some more effort in developing the polygonal characters to make them more lifelike. The camera view is fixed and is determined by the game. This kills the tension at times. Even makes game play awkward when you are in a camera view uneasy for aiming stuff.
The publisher even stated no prior knowledge is needed of the previous two installments. This is not correct, because there are puzzles that directly link to the previous games.
Giving more than 70 hours of gameplay, because of the many puzzles (still well integrated), there are a lot of fights that may put off the adventurer in this genre.
Load Comments (0)