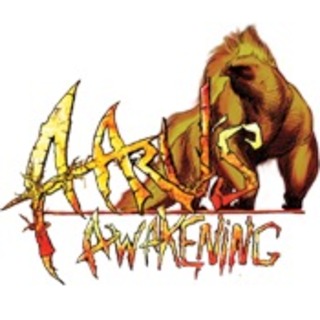 A beautiful, yet incredibly challenging, platformer.

I am a sucker for stylized, artistic, games. Its no surprise then that Aaru's Awakening caught my attention. The cel-shaded environments combined with the beautifully painted backgrounds make this a truly gorgeous game. However, it takes more then really good art to make a really good game. Thats not to say this is a bad game but it certainly carries with it some baggage that weighs down the overall experience. This test of reflexes and patience may not be for everyone.

The story of Aaru's Awaking is a tale of four gods. The gods decided long ago to split the day into four equal parts Dawn, Day, Dust, and Night. You play as Aaru. A buff looking creature that lies to serve Dawn. You're warned by you're master of an evil presence invading Night and must traveling through all four kingdoms to face this threat. As Aaru travels through the realms the other gods sow seeds of doubt into his mind and he begins to question if he is on the right path. This makes for a pretty interesting story which is narrated though story book cut-scenes between each realm.

After seeing someone play it on Youtube, Aaru's Awaking quickly caught my attention. I proceeded to download a demo and was instantly impressed. Not only was the game fun to look at but the mechanics were very clever. Aaru was fairly maneuverable but the key mechanic of the game is teleportation. This is accomplished by pressing the left mouse button to project out a ball of light then press the right mouse button to appear at the balls current location. This makes for some unique platforming especially when combined with Aaru's dash ability.

For a simple concept the developers certainly push it to its absolute limits. The later levels become extremely technical requiring immense speed and precision. Although the first couple stages help get the player into a rhythm it still seems like the difficulty ramps up a bit too quickly. I don't mind a challenge but I definitely didn't realize what I was getting into. Towards the end of the Night chapter, especially the boss stage, it became so hard I just wanted to pull my hair out. This was the point where I stopped having fun and I decided to stop playing soon after. (About 80% through the game)

I'm glad I tried this game. It had a really unique mechanic at its core and some pretty clever level design. My favorite part is still the wonderful art and original soundtrack. That being said, I was so focused on trying to stay alive I didn't get to enjoy the music that much. (Not to mention in the end I got so sick of hearing Aaru die I took off my headset.) Whether or not you'll like this game really comes to down to how much you like a challenge. I don't quiet have the reflexes to really enjoy this game to the end but I'm sure there are gamers out there who do.